The idea of the MiKro was to create something more powerful than the Arduino UNO not that complicated as the Arduino Mega and cheaper and easier to build than the Goldilocks which can be used for integrated solutions such as an Arduino compatible board with BLE, Bluetooth or whatever.

The MiKro is a work in progress project which is already available on github in v1.0 Rev-A but there might be some issues which I want to get squashed by giving away some prototypes to Arduino developers such as @tamberg who received his version of the MiKro yesterday. It is based on the AtMega 1284p and inspired by the Goldilocks and the ArduPhone from Freetronics (http://www.freetronics.com). It integrates an FTDI232RL chip to compile it directly using a Mini USB cable.

I was experimenting with bitmap silkscreen to make it look nicer compared to the silkscreens I added to the BLE-Shield and BLEbee. The resolution of the silkscreen is not that high, but I’m trying to improve it.

I have chosen to use a 5V/16MHz configuration for the MiKro to make it compatible with most of the Shields available at the market.

The MiKro looks as illustrated in the following two images: 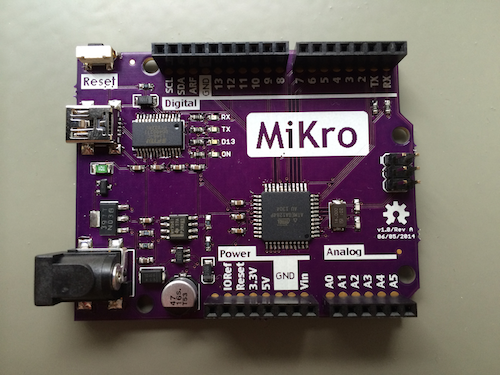 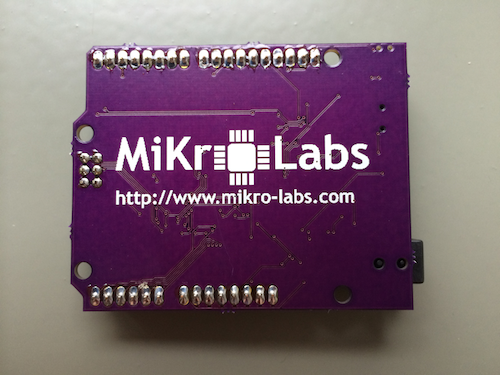 Compared to the Arduino Uno and the Arduino Leonardo the MiKro has a little more SRAM, Flash and EEPROM sizes and even more SRAM as the Arduino Mega 2560.

You can find the Eagle Schematic, Board files and the Arduino v1.0.5 IDE board definition files on github: https://github.com/michaelkroll/MiKro

Tested Arduino Shields which are compatible with the MiKro 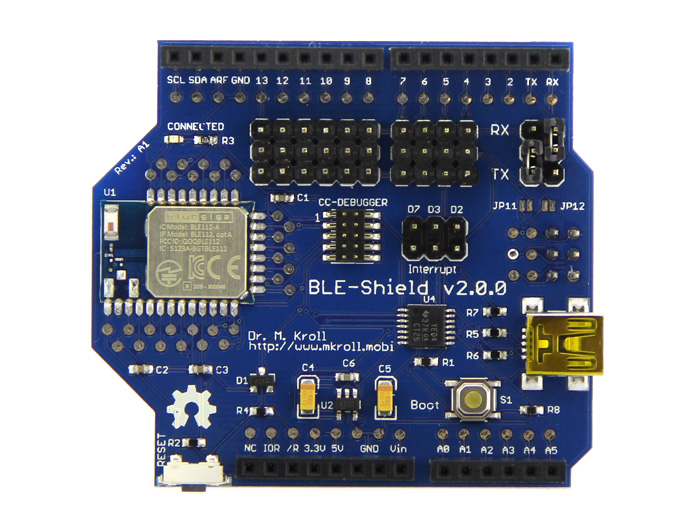 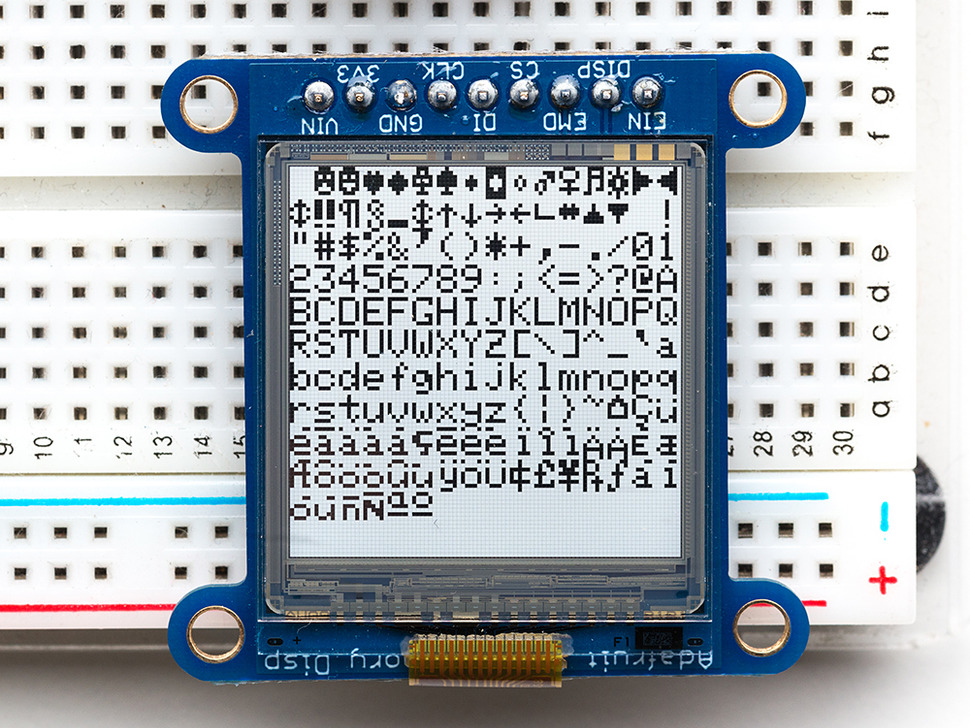