after I read an older Java Magazin Article about Oracle targeting the IoT world with it’s JavaME 8 platform I tried to install and run it on the STM32f4 discovery board. After downloading about 1GB of tools and installing it on a Windows7  machine, I finally flashed the discovery board with the VM. 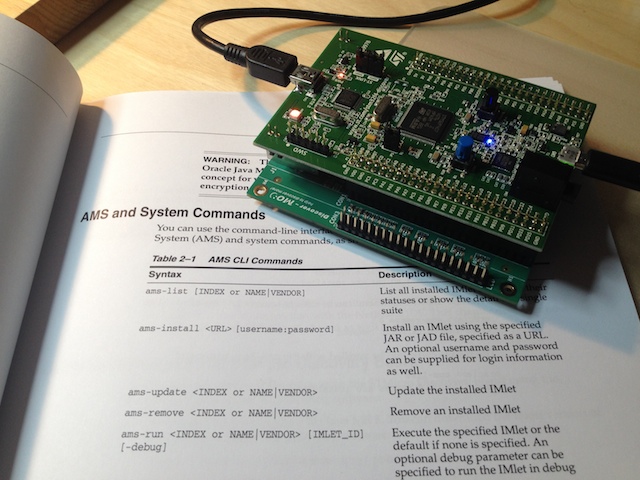 Installed some USB drivers and tried to connect to upload a MIDlet flashing an LED similar to the Arduino Blink demo. For an old JavaME programmer (ColorKVM, kAWT, ME4SE) as I started to work on mobile phones more than a decade ago, the sample looks very familiar to me:

Well, I compiled and tried to run this simple MIDlet as described in the documentation Netbeans tries to connect to the board, but stops the build after a while returning an error that it cannot connect. When I start the CLI, and ask the ams for a list of install MIDlets, I’m getting an error, that the device is not connected. 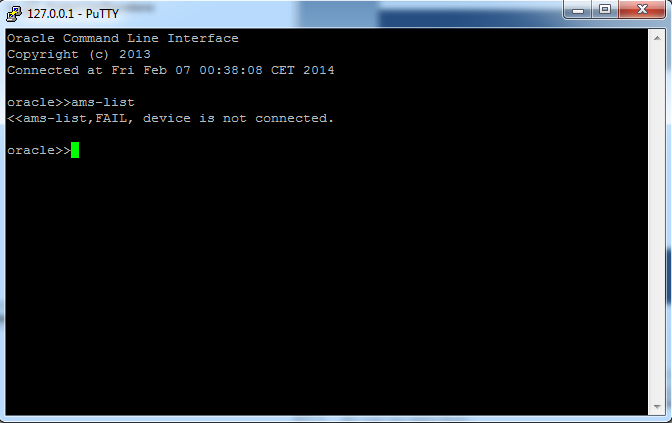 Well it is early access, but I was expecting that I even could install a small MIDlet to get an LED blink.

Has anyone yet some experience which is more successful than mine?

Hope to write about better results the next time,