Yesterday I soldered my own version of a modified FTDI Breakout board after I received the PCB. I made it a little longer to add to additional connectors to it. Well I wanted to play around with some smaller connectors and be able to debug using RX/TX on an Arduino. The below image illustrates the FTDI Pro board I created: 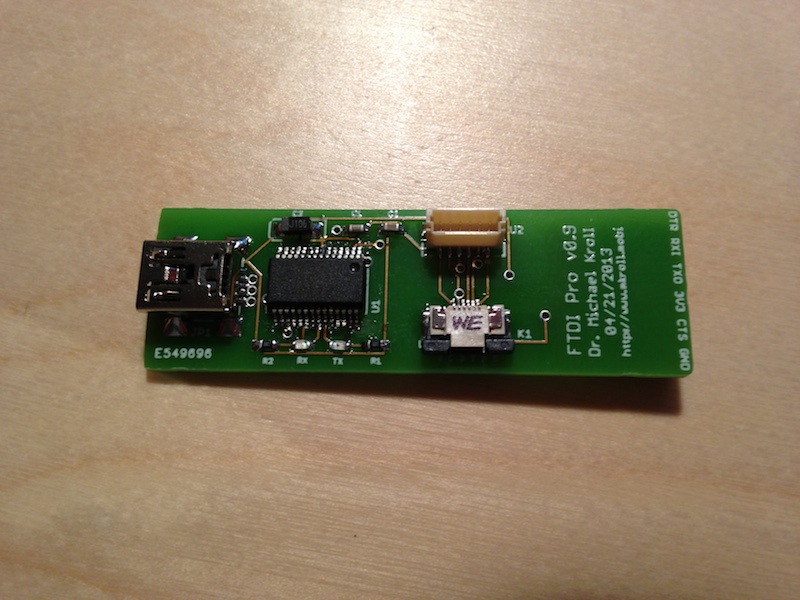 Moreover I bought a TagConnect Connector (http://www.tag-connect.com/TC2030-IDC-NL-10) some months ago, which I want to use as ICSP header to flash an Arduino bootloader to a custom board which uses an Arduino, but where I don’t want to solder the headers to or use PogoPins (see post http://www.mkroll.mobi/?p=665).

So I have the AVR ISP MKII and the TagConnect. I just created an “in-between” Adapter to connect both together: 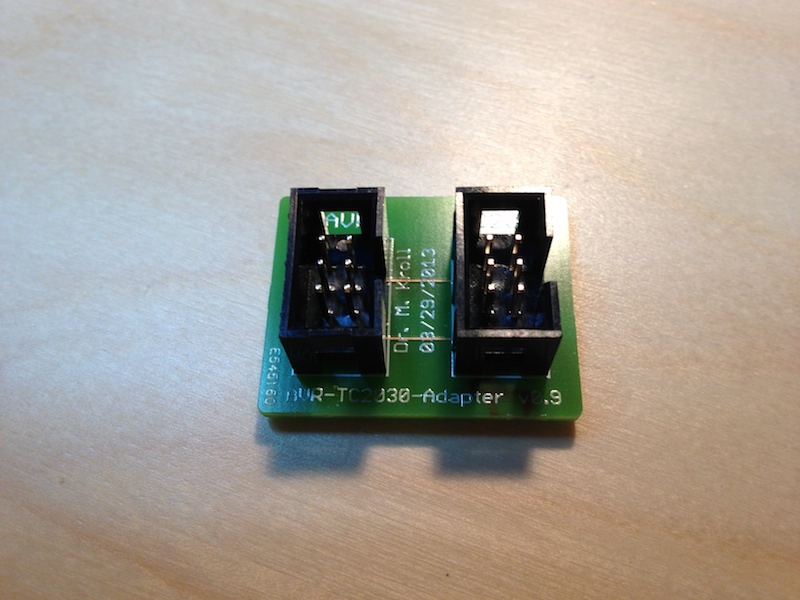 But to test, I needed another device for testing 🙂 I created an Arduino clone based on the Arduino Pro Mini 3.3V/8MHz and called it X-Duino. The name will change in future developments, since I found a board which is using that name already. All future versions I’ll create (and what I’m already working on) will be named K-Duino: 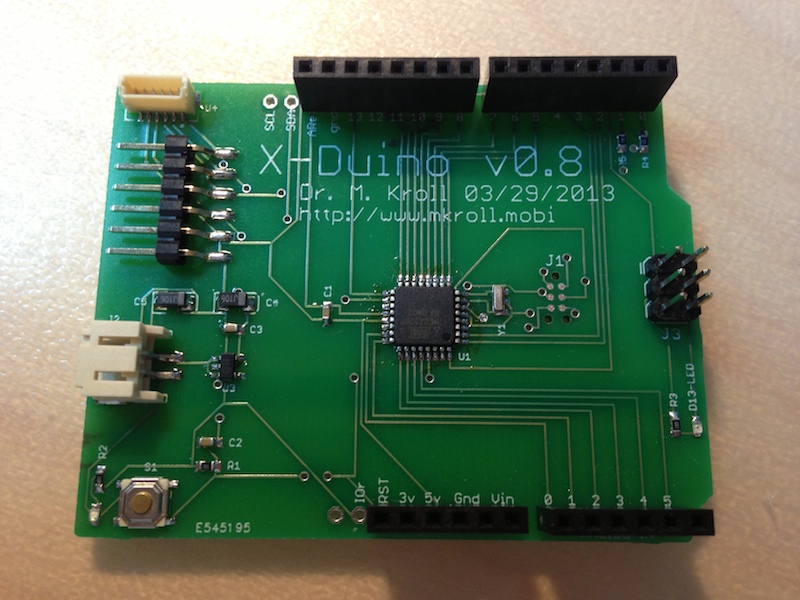 See an image of the X-Duino with the TagConnect pads and the connector for my FTDI-Pro connector: 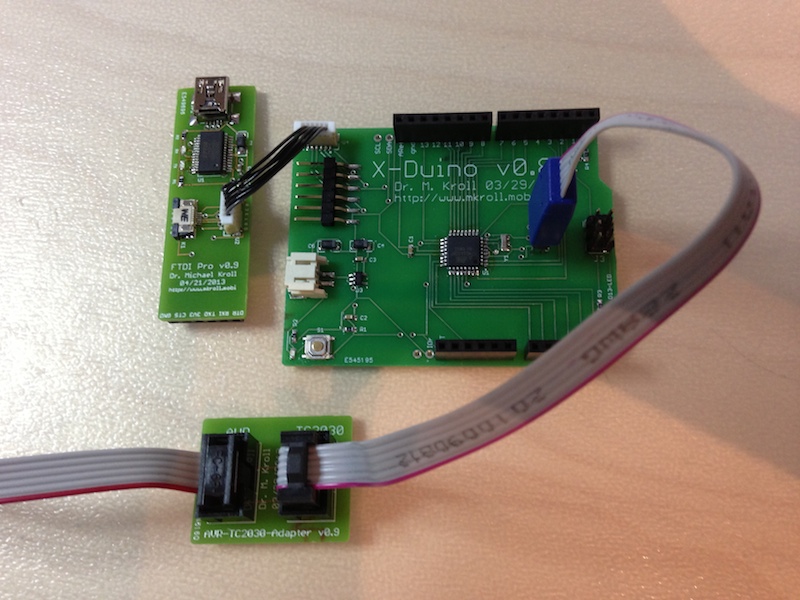 You’ll see the connectors in action soon as I’ll use it on the next version of BLEtherm. Finally I have not presented an image of the “In-between” connector to bridge the CC-Debugger to the 6-pin TagConnect. Yes, you’re right I’ll use 6 pins for programming the BLE112 module only. I created a corresponding pad to attach it to the BLE112 already, but I need a testsetup first, before I can use the Eagle part in future designs. I’ll post updates as soon as I have a running test setup to show.