I was dealing with small embedded systems acting as weather stations for a long time now. I created a simple setup using a Sensirion SHT15 connected to an Arduino board which was posting temperature and humidity values using a Wifi shields some years ago. A great project which has replaced my DIY solution based on Arduino was the Netatmo http://www.netatmo.com weather station I bought some months ago. I really like it. Sharing the measured values is very easy and the hardware and app design is great as well.

But Netatmo is not intended to be a wearable measurement device. It needs to be attached somewhere at home, where a Wifi infrastructure is available. What about attaching a wearable temperature device somewhere, even at your coat’s shroud to measure the temperature and humidity somewhere in the city and share it with others in a cloud system? Well this will be the end goal of the BLEtherm hardware. So far an initial working prototype has been created which I want to show to and share with the BLE / Arduino DIY community.

Maybe someone knows my initial projects where I showed how to create a simple thermometer using an Arduino, my BLE-Shield and a temperature sensor such as an SHT15 or SHT21. Or the even smaller one created with an Arduino FIO, the BLEbee and an SHT15 Breakout board: 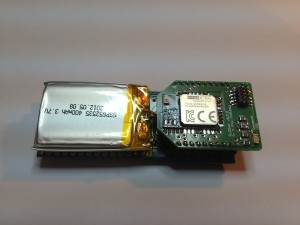 Both devices are using the generic characteristics of the BLE-Shield of the BLEbee and are more or less a very first prove of concept, that such a thermometer might work. That’s why I started to create a dedicated hardware prototype combining all the know how gained while creating the BLE-Shield and the BLEbee as well as adding an Arduino to a custom design.

The BLEtherm was born with the following hardware features: 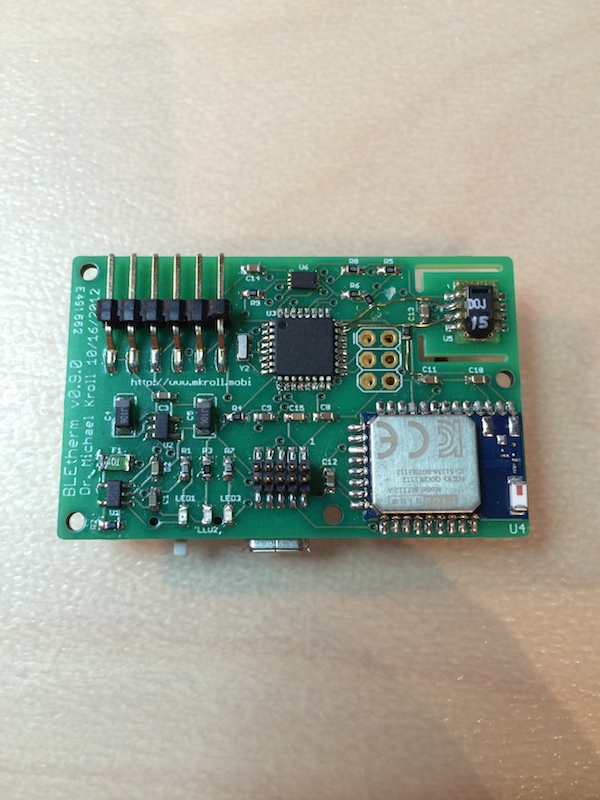 The currently supported characteristics are shown in the image below: 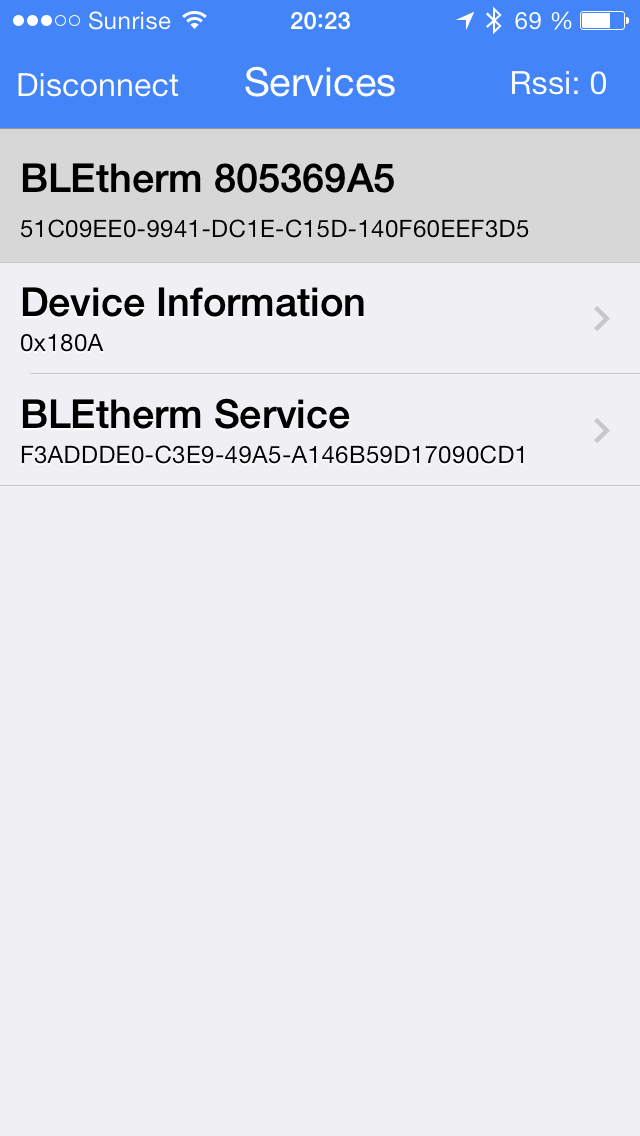 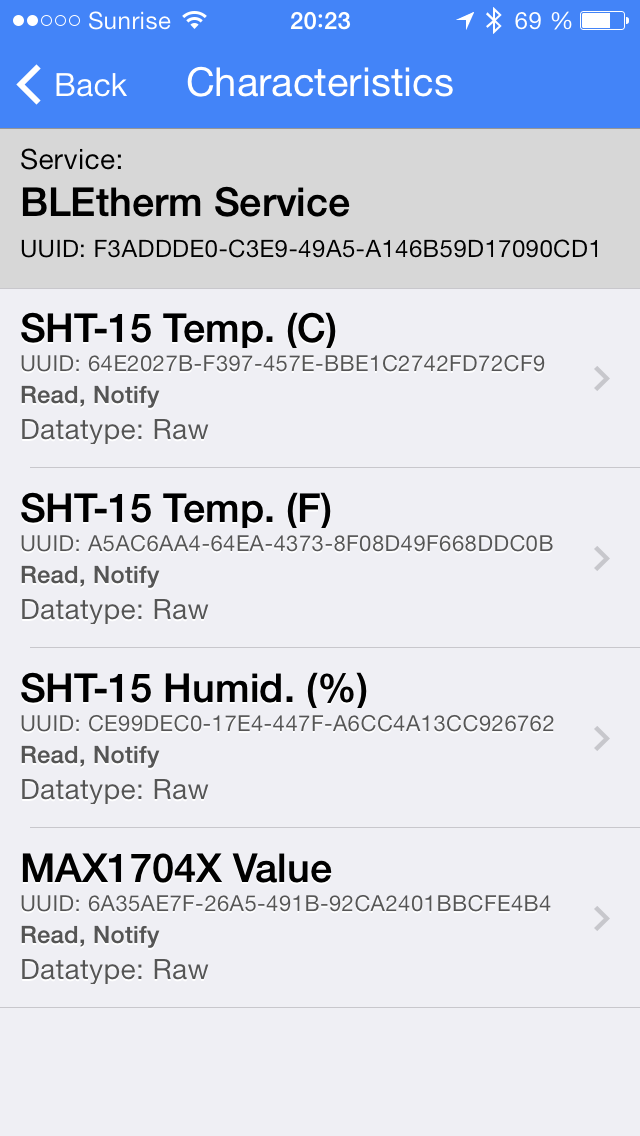 Since this is an initial prototype which is still too big (53x33mm) the next iteration will fix the wiring of the temperature sensor and use an SHT25 instead. Furthermore the FTDI header will removed since it occupies too much space. The ICSP header to program the Arduino Bootloader will be replaced by using a TagConnect  header instead and the BLE112 programming header will be removed as well and replaced by a TagConnect one. The ATmega328 package will be changed as well to use a smaller one. I hope to get it as small as 35x35mm for the next prototype, but I think the Lipo will get smaller as well in order to accomplish this goal.

Of course the final product will be open sourced so that the community can modify it as they want.

Thanks for reading! Comments are welcome,