maybe you are familiar with IT-Croud and where the title for this blog post came from. It is some kind of an opener for a little story about a hardware I’m developing with a friend of mine in Zurich. A long time ago I started to play around with Bluetooth Low Energy and I ordered the BLE112 Devkit provided by BlueGiga. The first thing I did was to set a GPIO pin high and low in order to turn LEDs on and off. The firmware doing this is now already part of the BLEbee in order to control the Relay Shield created by Seeedstudio.

But the Relay Shield with the attached BLEbee is not very comfortable to be used our all every days life. So I decided to make a more usable device. I developed a custom board where all the parts to achieve the same functionality are on one PCB. Since the board will be able to control 220V powered devices I don’t wanted to create a breadboard like wire up but a more solid one to avoid an electric shock while using and demoing to others. I fixed the PCB on a wooden board, added three swiss electric outlets and a power cord to it. In order to hide the cables I added the cable ducts to the board as well. The initial prototype, which is working great is shown in the picture below: 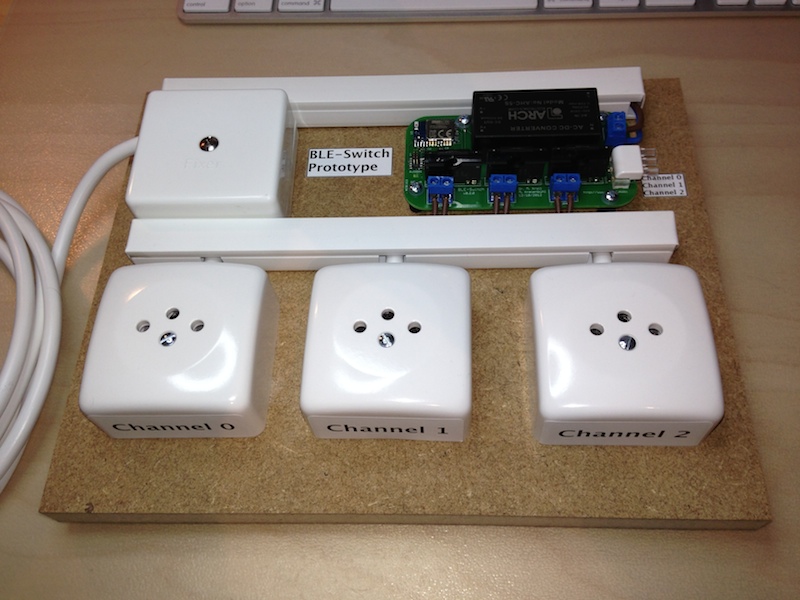 The outlets can be switched using my BLExplr app, which already supports the characteristics for each channel. Since the initial prototype is not insulated and could possibly cause an electric shock if you are not paying enough attention while delaying with it correctly I decided to create a second prototype together with my friend Mateo. The idea was to create a nice enclosure which can be 3D printed. In order to provide support for swiss, european and even US plugs, Mateo designed an enclosure with sockets that supports all of them. Since the AC/DC regulator used for the electronics supports a wide voltage range of 90-260V AC it doesn’t matter where the device is operated. 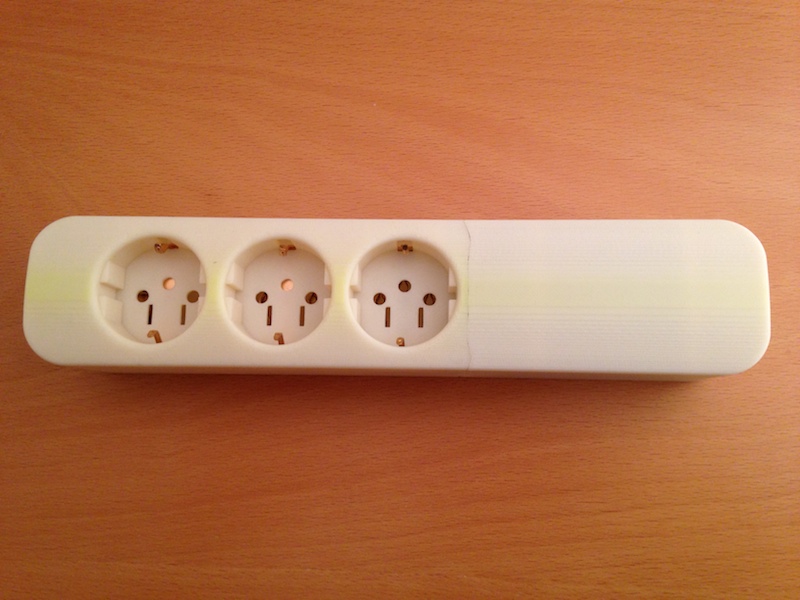 The switch state of the  three channels is visualised using three blue LEDs which are shown in the following illustration: 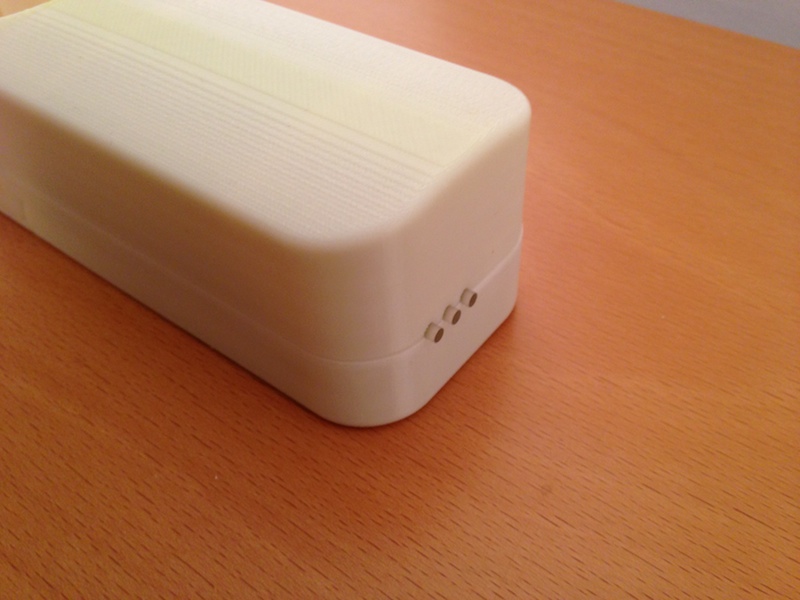 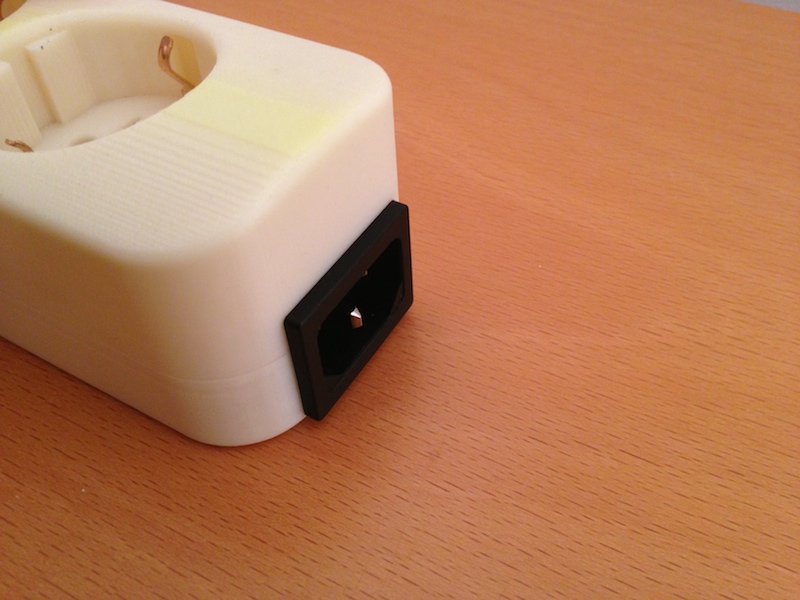 We are now in the phase of creating a stable iPhone app to deal with the BLE-Switch gracefully. Moreover we are in contact with manufacturers to get this device produced for the mass market. Of course the enclosure design is an early prototype which will change in the final design. If you are interested in the solution and might be interested in helping us to get the BLE-Switch produced drop us a line. 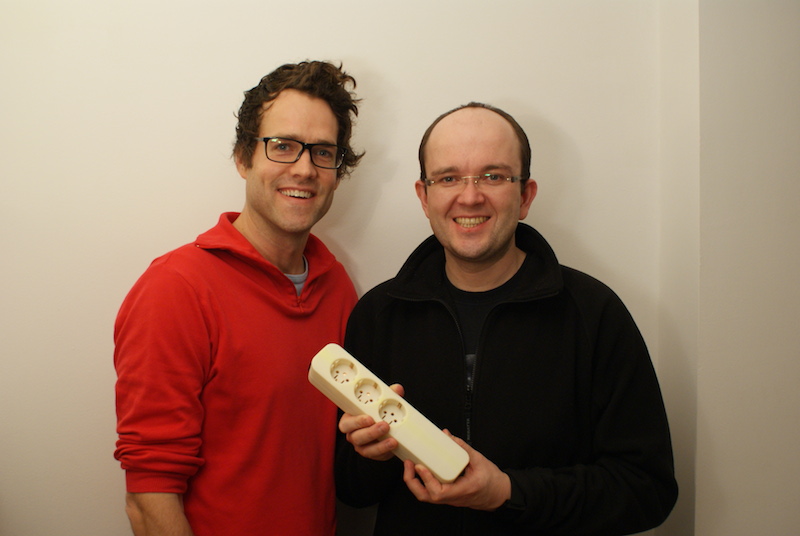